Sicily has countless wonderful beaches that are so different that there is something for every taste. We are recommending here the most spectacular, lonely, natural, longest and most beautiful beaches in Sicily.

Beginning in the extreme northwest of the island is one of the most famous fine sandy beaches, the beach of San Vito Lo Capo, also known as the Caribbean of Sicily. West of Palermo you'll find the sophisticated beach of Mondello, the urban beach of Palermo. In the north of Sicily the beach of Cefalù is a paradise for romantics, as the picturesque fishing village is famous for its spectacular sunsets.

Continue in the direction of Milazzo. Here we find the Laghetti di Marinello, a nature reserve by the sea with unique, picturesque lakes and wide sandy beaches. At the tip of the Milazzo peninsula and only accessible via a picturesque footpath, the Picina di Venere (Venus Pool), surrounded by rocks, is not only fascinating because of its name.

If we go to the east of the island, Isola Bella below the lively town of Taormina is a magnet for visitors. It offers a pebbly beach with crystal clear water for swimming and snorkeling. The coast of the north-eastern part of Sicily is under the influence of Etna, because here the lava of the volcano has shaped the landscape for thousands of years. On the Riviera dei Cicopli, created by the eruptions of Mount Etna, boat trips from Aci Trezza offer a special kind of bathing pleasure.

The south of the island offers a large selection of fantastic beaches for beach lovers, such as the endless sandy beaches in the nature reserve of Vendicari, Pietre Nere near Pozzallo or Donnalucata. Spectacular in any case is the Scala dei Turchi, a brilliant white rock formation reminiscent of bizarre steps in the province of Agrigento.

On a coastline of 1152 kilometers you will find white and golden sandy beaches, grey pebble beaches and black volcanic beaches. A variety that you will not find again in the whole Mediterranean area. For sun worshippers, families with children, sand castle builders, nature lovers, explorers, divers, snorkelers, kitesurfers, windsurfers, sailors, motor boat enthusiasts and everyone else, the beaches of Sicily are a true paradise on earth. 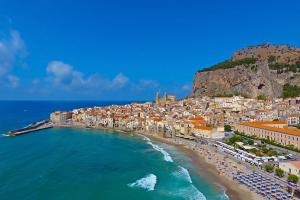 Cefalù is probably one of the most worth seeing towns in all of Sicily. Located directly at the sea, with a long sandy beach and a beautiful old town. 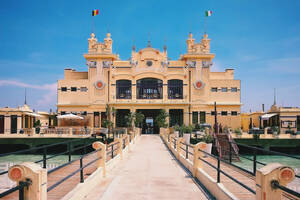 Mondello, the sandy beach of Palermo, was originally a fishing village. Today it is a beach resort with one of the most beautiful beaches in Sicily. 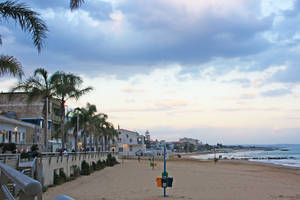 Marina di Ragusa is a tourist hotspot in the south of Sicily with a beautiful promenade, kilometres of sandy beach and an attractive town centre. 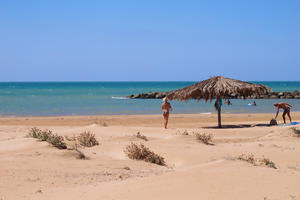 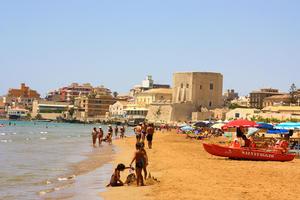 Snorkeling in the crystal clear sea, bird watching or hiking in the nature - the nature reserve Vendicari in the south of Sicily offers a lot more. 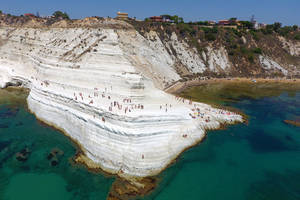 The Stair of the Turks (ital. Scala dei Turchi) is a bright white and step-like cliff and tourist attraction in the south of Sicily near Realmonte. 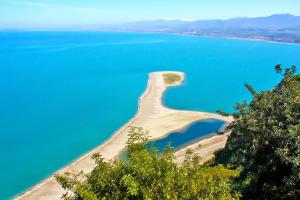 For hikers, nature enthusiasts, snorkelers, divers and explorers the Piscina di Venere on the Capo di Milazzo in Sicily is highly recommended. 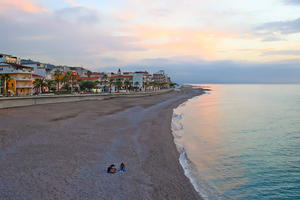 Capo d'Orlando is a pretty town on the north coast of Sicily with a very long beach promenade ideal for walking and dining on sunset. 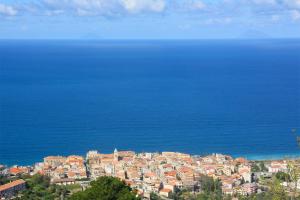