The volcano Etna in Sicily is the highest active volcano in Europe, UNESCO World Heritage, a nature reserve and also a recommended winter sports area. 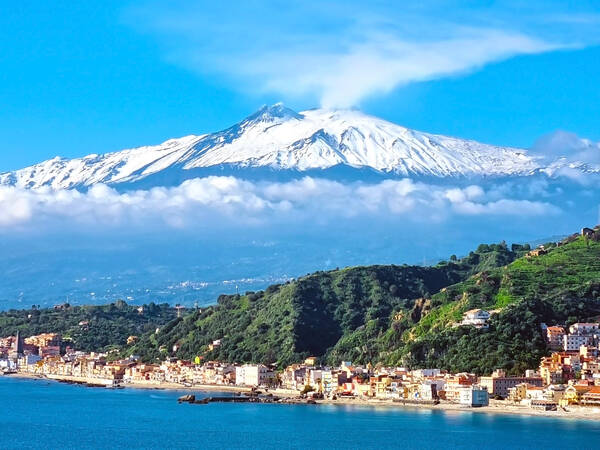 The Parco dell'Etna was established in 1987 to preserve the unique flora and fauna of the landscape around the volcano Etna. Since 2013, the highest and most active volcano in Europe is a UNESCO World Heritage Site.

Mongibello, as the volcano in Sicily is affectionately called by the locals, is about 3,350 meters high. It is impossible to say this precisely, as the actual height is constantly changing due to volcanic eruptions and lava flows. A mighty volcano in a dreamlike landscape and with a sensational view. Nobody has ever regretted making this day trip. The tour has no special technical difficulties. Of course, you have to be very careful in the crater area, especially when the volcano is in an active phase.

Winter sports on the volcano Etna

One ski area is located on the north side of Etna near Linguaglossa and one on the southeast side near Nicolosi and Pedara. The ski resorts on the volcano Etna offer skiing, snowboarding and cross-country skiing tracks as well as tracks for sledding. Also recommended are trekking and snowshoeing. Snow on Etna is usually from December to March.

The area around the volcano Etna in Sicily, characterized by lava rock and therefore extremely fertile, has always possessed a fauna and flora that is hardly comparable and unique in Europe in this form. Several vegetation zones can be distinguished on the mountain slopes. Up to about 800 m, fields and plantations predominate. Here wheat, citrus fruits, olives, figs and grapes thrive. This zone is followed by large forest areas with oaks, chestnuts, beeches, firs and, in higher regions, pine trees. From about 2,000 meters, the vegetation changes to shrubs and bushes, such as the Etna broom. This is followed by a zone of lichens and mosses. The highest regions around the summit are devoid of vegetation and are mostly snow-covered.

On the eastern slope of the volcano Etna stands the chestnut tree of the hundred horses. It is often considered the largest and oldest tree in Europe.

Animals living in the Regional Park include wolves, foxes, martens, porcupines, deer, dormice, wild rabbits and hares. The bird life is particularly diverse, with about 70 different bird species. In addition to numerous songbirds, woodpeckers and birds of prey, such as golden eagles and peregrine falcons, can be observed.

If you want to get a picture on site already, you can watch this live stream from the volcano Etna in Sicily online. 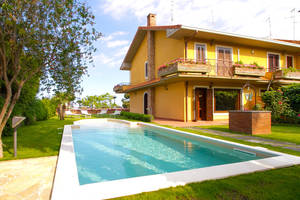 Holiday home with pool between mountains and sea 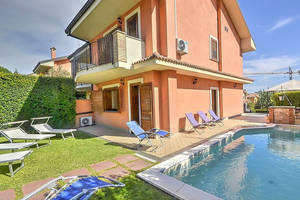 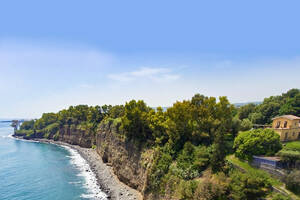 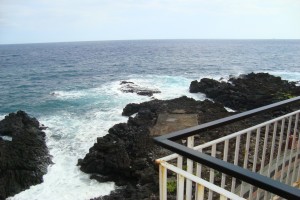 Large holiday house directly at the beach, near to Taormina and the Etna