The baroque town of Noto in the Val di Noto, which was declared a World Heritage Site in 2002, is worth a visit and has many attractions. 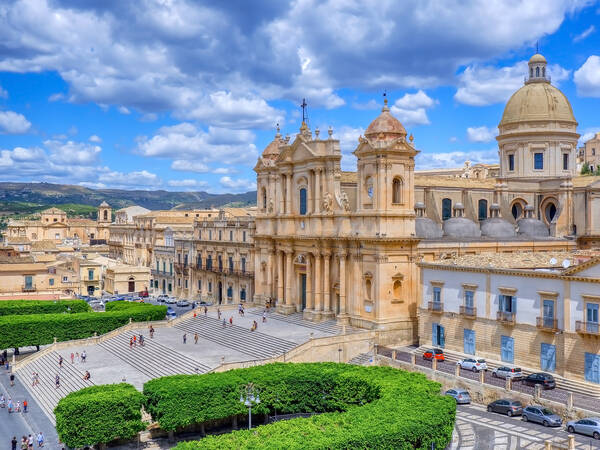 Situated south of Siracusa, Noto offers a fascinating view from afar. Countless Baroque buildings tower over the roofs of the city, which was declared a UNESCO World Heritage Site in 2002.
After a catastrophic earthquake in 1693, which turned the city into a landscape of ruins, it was decided that reconstruction should take place on the slopes of Meti Hill. The impressive ruins of ancient Noto can now be admired on Monte Alvéria, 10 km away.

The best way to explore Noto is to come from the north and enter the city through the Porta Reale. From here, Corso Vittorio Emanuele leads to the heart of the city, Piazza Municipio. Here, on the left, is Palazzo Ducezio, which houses the present Town Hall. Of particular interest is a visit to the Neoclassical Hall of Mirrors. Directly opposite, a wide open staircase leads to one of the jewels of Noto, the Cattedrale SS. Nicola e Corrado. The Palazzo Villadorata, whose balconies and pillars are decorated with mythical creatures carved in stone, is also impressive. Other places of interest are the Chiesa di Montevergini, the Palazzo Nicolaci di Villadorata and the Chiesa S. Domenico.

Noto is hardly overcrowded in the low season and it is possible to find a parking space in the side streets. Otherwise, it is advisable to use the Parcheggio Centrale in Via Camillo Benso di Cavour 152, from where the Porta Reale is only a few minutes walk away.

It is enough to plan half a day for a visit to Noto, because not all monuments are open to the public and can only be visited from the outside. Therefore, it is a good idea to combine the city tour with a detour to the Vendicari nature reserve or a refreshing swim at the Lido di Noto. 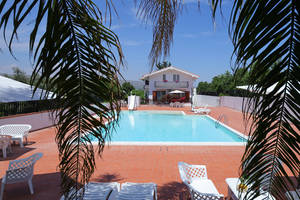 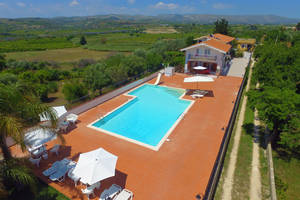 Apartment with large pool only 3 km from sandy beach 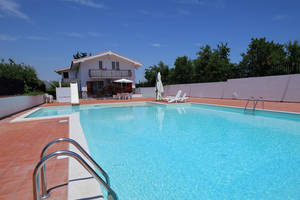 Holiday apartment with pool and terrace in Val di Noto 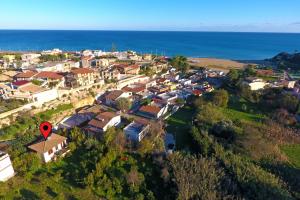 Comfortable holiday house in Sicily by the sea with large garden 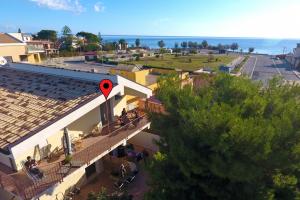