"Do you know the land where the cedars bloom? Splendon among the brown leaves oranges of gold, for the azure sky a gentle zephyr blows ...." (Goethe) 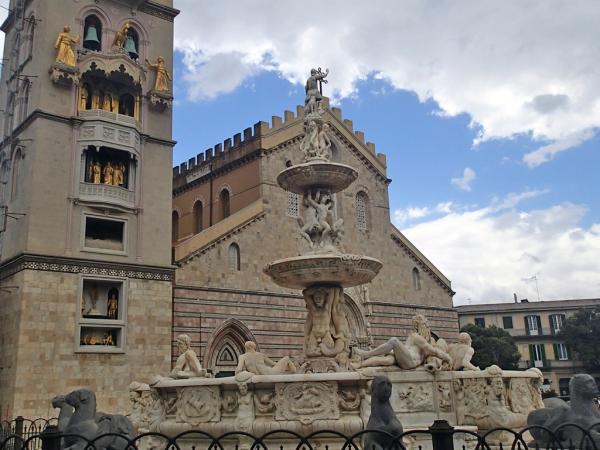 Messina, city on the Strait, inspiring muse of many poets

Messina was the city that inspired the verses of many of its visitors, including Johann Wolfgang Goethe.

Goethe was in Sicily, in the first week of May 1787 in Taormina then he reached Messina and here he entertained to write his book "Viaggio in Italia".

Messina is an Italian municipality of 234 758 inhabitants, is the gateway to all of Sicily. It is located on the northeastern tip of Sicily in Capo Peloro, on the Stretto di Messina.

Its port, constitutes the port of the ferries for the Continent and represents the first port in Italy for number of passengers in transit and tenth for the crocieristico traffic.

It was founded by the Greeks who gave it the name of "Zancle", which means "Falce", so it takes its name from the shape of its port which is precisely in the shape of a sickle.

Messina is a completely modern city, because it has been completely renovated.

Walking through the streets of Messina you will find many churches and monuments such as: the church of Catalani testimony of Byzantine art, and the church of S. Maria degli Alemanni, the Fontane di Orione and  Nettuno, and the monument to Giovanni D' Austria, winner of the battle of Lepanto.

Messina is great and has so many things to see, we will now try to recommend a tour that will allow you to visit the most important things.

Once in Messina you reach Piazza Duomo, the heart of the city of Messina, with the Gothic, Baroque and Neo-Gothic basilica dedicated to the Madonna Assunta.

Inside it houses the treasure of the Duomo, an important collection of precious objects that belong to the basilica since the Middle Ages, this collection includes many silver pieces created by the famous goldsmith school of Messina.

The most famous piece of the cathedral's treasure is the so-called Manta d'oro: a garment completely made of gold to which rubies, diamonds, sapphires and other precious stones were donated to the basilica as an ex voto by bishops, noblewomen, sovereign.

In the bell tower of the Cathedral l'Orologio Astronomico was built, the largest and most complex in the world, divided into two parts: the first, facing the square, full of allegorical representations; the part facing the cathedral is instead the real astronomical clock.

At midday a complex system of levers and gears allows the gilded bronze statues, placed in the facade facing the square, to move.

In the Piazza Duomo rises the Fontana di Orione where the four rivers of Messina are represented.

Messina also has many architecturally beautiful buildings such as: the Palazzo Municipale (A. Zanca,) and the Palazzo di Giustizia (M. Piacentini).

Inside, the ceiling was painted by Renato Guttuso in 1985, portraying an emblematic scene of the myth of Cola Pesce.

Sprawling towards the sea in front of il Palazzo del Governo , you can admire la Fontana di Nettuno.

The monument was created by the florentine sculptor Giovanni Angelo Montorsoli, a collaborator of Michelangelo, representing the God of the sea who chains the two sea monsters Scilla and Cariddi .

A few steps from the center of Messina you will find the MuMe Regional Museum, which is one of the largest in the South of Italy in terms of size and area.

It is 17,000 square meters large and houses more than 750 works, including the statues of Scilla and Neptune, archaeological finds and architectural fragments.

Of great value you will find "the Madonna with Child blessing" by Antonello di Messina, the "Resurrection of Lazarus" by Caravaggio and the statue of "il Nettuno" by Montorsoli.

Those who visit Messina, can not fail to take a nice walk along the Viale San Martino, where you will find many shops and bars where you can savor the typical local products.

You can not leave Messina without visiting Ganzirri and its beautiful lakes, which offer picturesque walks.

The Pantano Grande and the Pantano Piccolo are partly navigable lakes, where a flourishing commerce of fish products has developed: mussels, molluscs, crustaceans, oysters and clams.

The restaurants near the place offer delicious products for seafood lovers here you can dine in the many restaurants located directly on the lake.

Near Ganzirri a few minutes drive there is Capo Peloro, commonly known as Punta del Faro, the most extreme northern tip of Sicily, it is the part closest to Italy where you can admire beautiful sunsets over the Strait.

In summer Capo Peloro and Mortelle become the favorite places of the people of Messina, the numerous beaches that lie along the sandy coast, offer all the comforts to give you a dream holiday.

Every year in Messina is the feast of "la Madonna Assunta" held every year on August 15th.

Every year "la Vara" is set up, a votive cart 14 meters high and weighs on 8 tons, is carried in procession by hundreds of faithful through long ropes that serve to pull it.

The strings are pulled by two groups of people; everyone is wearing blue and white shirts.

An ancient folk tradition wants the strings of the " Vara " to possess magical properties.

A few minutes from Messina you will find Milazzo, Taormina, the Isole Eolie and Savoca, a small Sicilian village where some scenes of the movie "Il Padrino" were filmed. 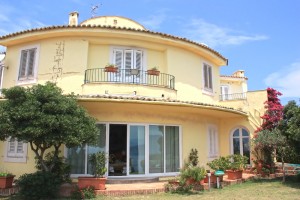