Holiday apartment with sea view on the Aeolian Island of Lipari. Here you can enjoy your holiday in Sicily in an absolutely quiet location. 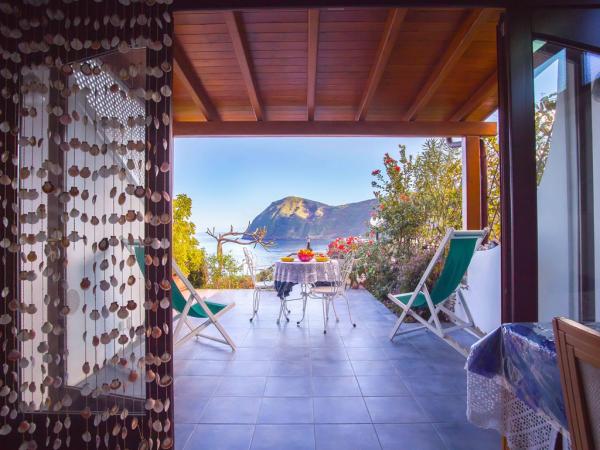 The island Lipari as well as the neighbouring islands Stromboli, Salina, Vulcano, Panarea, Filicudi and Alicudi belong to the Aeolian or Liparian archipelago (in italian: Isole Eolie) in the Tyrrhenian Sea. Lipari is the name of the municipal, the island and the main place. The island belongs to the region Sicily in Italy and is located in the province of Messina. Lipari is the biggest one of the Aeolian Islands. Today the island (ca. 8,000 inhabitants) mainly lives on tourists. According to this the touristic infrastructure is well-developed.

Most beautiful is the old town of Lipari with its pretty small lanes, colourful small houses, coffee shops and souvenir shops.

The rental fee is for 2 persons per week. Each additional person is 70€ per week on top.